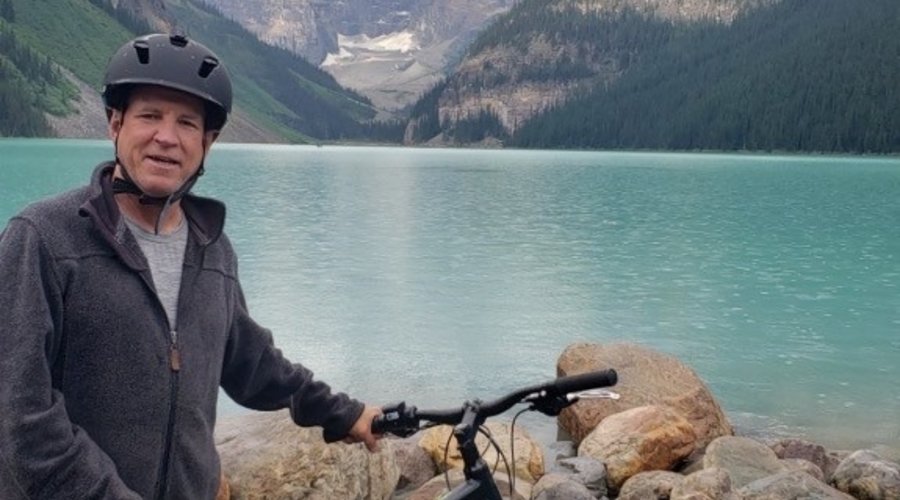 Graeme had been shopping for an EBike all spring and had really been interested in its benefits for a few years now. He first came to Northern Bicycle Company in April of this year and in August he finally took the plunge to get an electric bicycle so he could head out on some new adventures.

Graeme couldn’t wait to show off his new purchase - a small motorhome that he plans to take across Western Canada this summer. What he needed was a vehicle to drive around for when he gets to new locations - and he needed a way to explore that would get him off the beaten track. He found his freedom in a mid-drive mountain EBike (like this Norco VLT).

With his new E-Bike stored safely in his motorhome, George was able to drive without worrying about pulling a car or locking up a scooter to the outside of his vehicle. As he arrived in a new town, he just had to pull out his bike and hop on to explore, pick up essentials and get some exercise. The mid-drive motor gives George the ability to easily remove the front or rear wheel for easy storage. He even has folding pedals in case he needs just a little more space inside on a rainy day.

Many people believe that an EBike is for people who don’t want to exercise, but this couldn’t be further from the truth. An EBike gives George the option to go further and faster but also gives him the option to turn off the assist and just enjoy pedalling under his own power. With the mountain bike suspension and nobby tires, he’s also got the option to try some of the more interesting trails that he comes across on his adventures.